Aside from the engine, the second most time-consuming job is rebuilding the rear suspension. Housed in a single subframe are all the suspension bits: inboard brakes, wheel hubs, half shafts and coil overs. Unique to this setup is the twin-spring damper units which saved space and it also provided a more equal distribution of spring forces which may or may not have been nominal. Since work on the brakes and dampers is somewhat hindered, Jaguar chose packaging over maintenance with regard to the rear end. 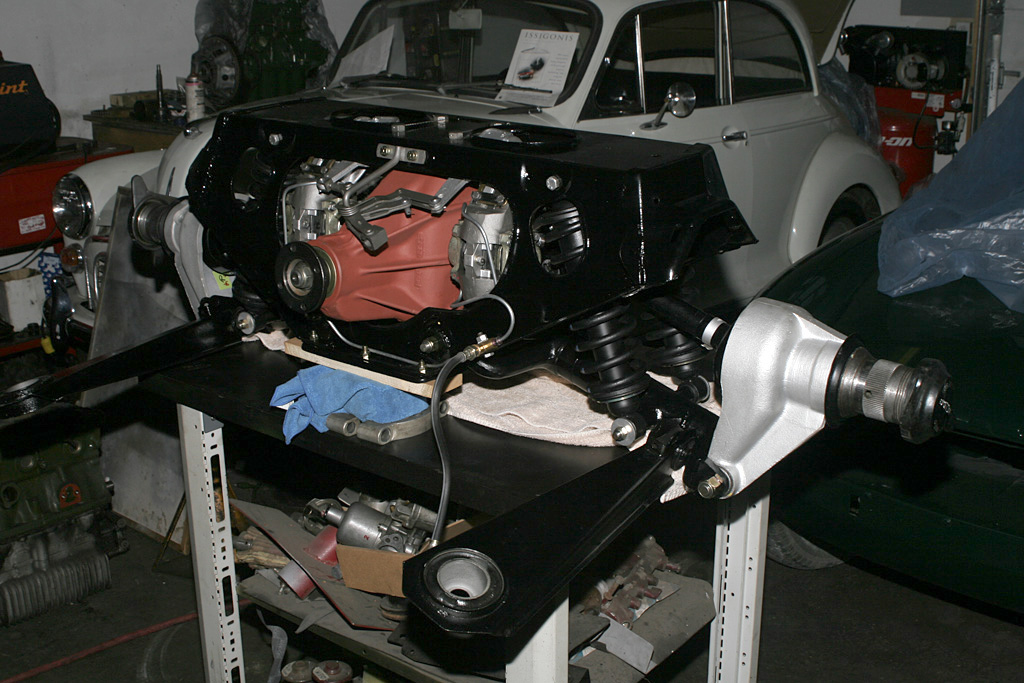 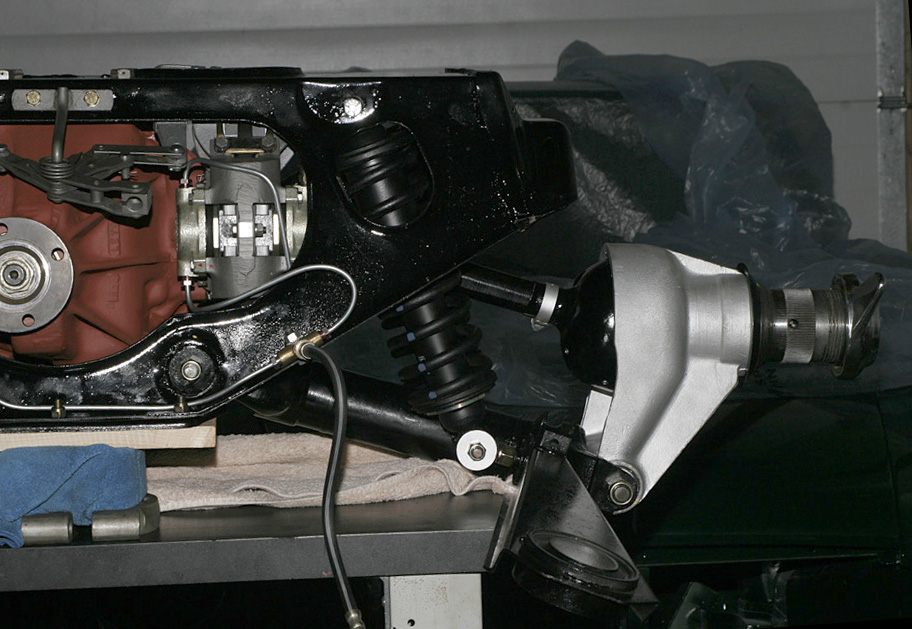 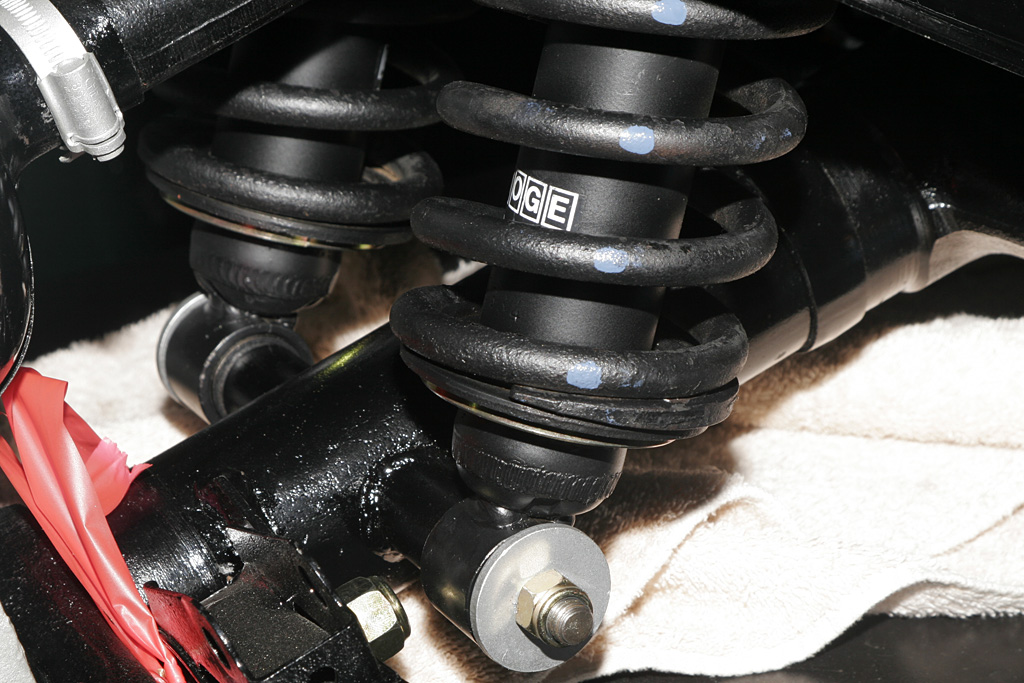 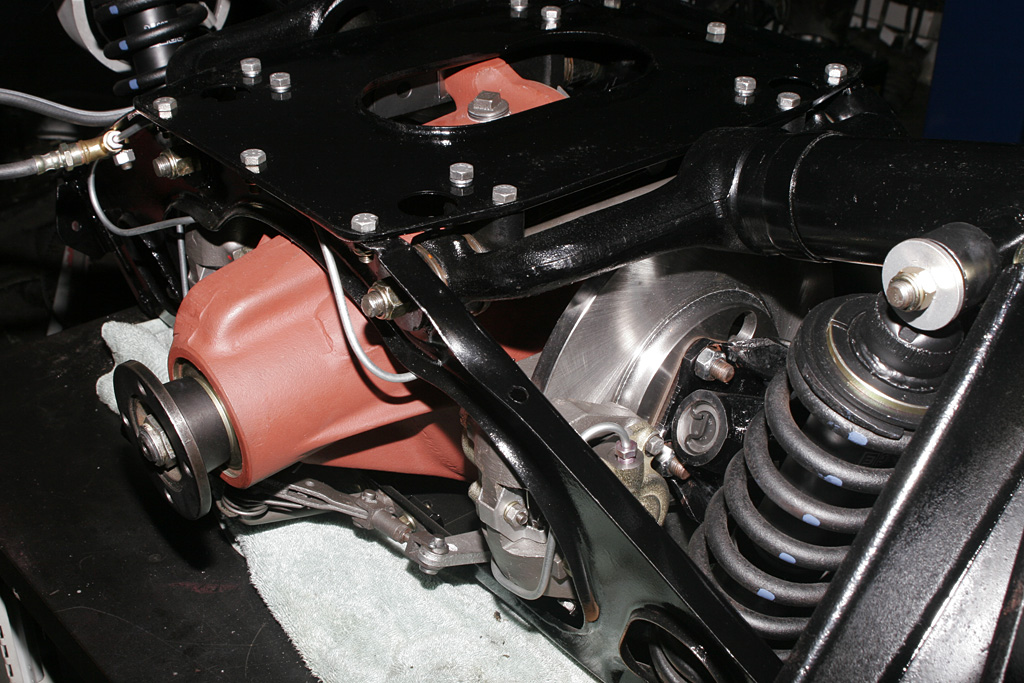 Jaguar 4.2 Build: All done with the pan & trans

With the transmission in place, the engine was complete enough for the marriage. Included is the desirable all-synchromesh four-speed which replaced the Moss gearbox on the earlier 3.8-liter cars. Unlike the factory which dropped the engine in with the hood up, we opted to lower the car and raise it with a cherry-picker. 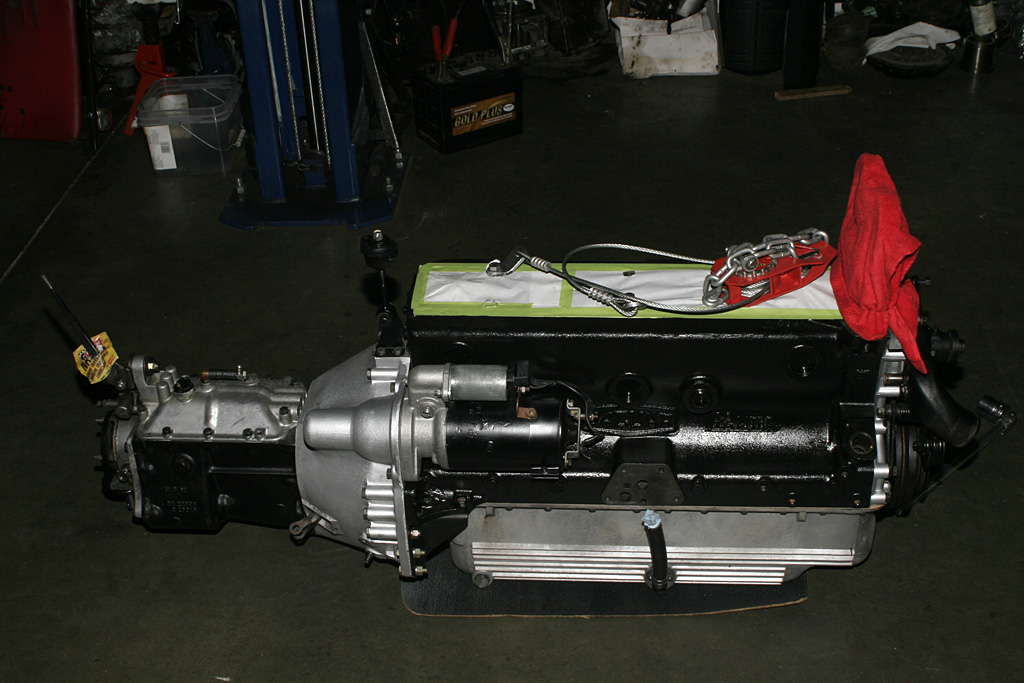 Unique to the E-Type is the aluminum oil pan which is virtually unobtainable unless sourced from another car. The unit appears to be cast in three pieces then welded from the factory. Our’s had a think inch of sludge below the baffles which is typical of an engine which hasn’t been apart in a long time. 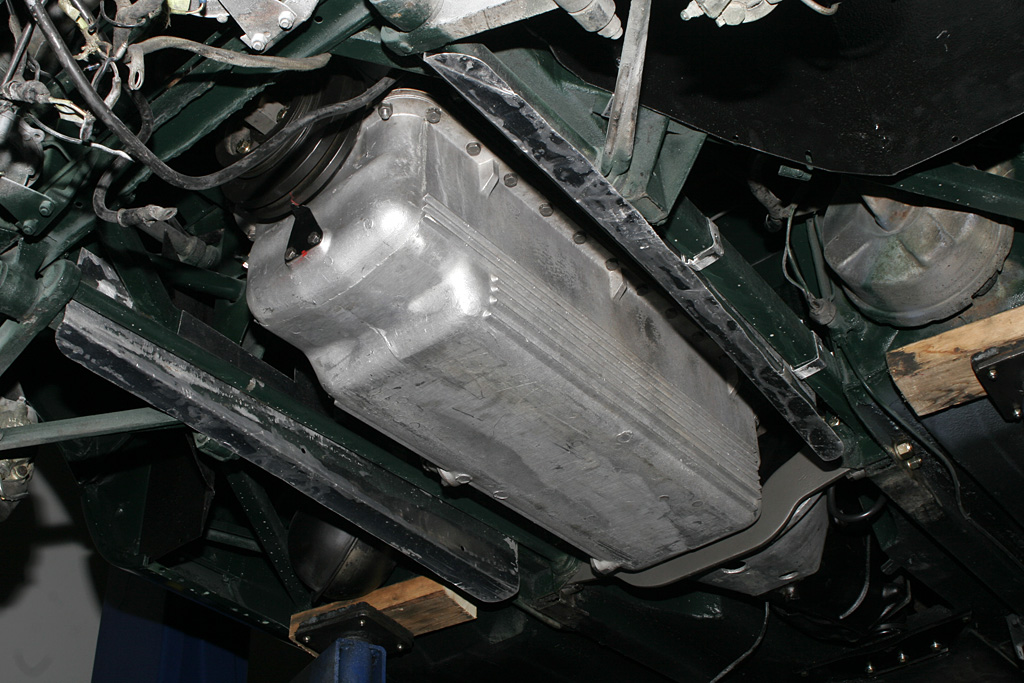 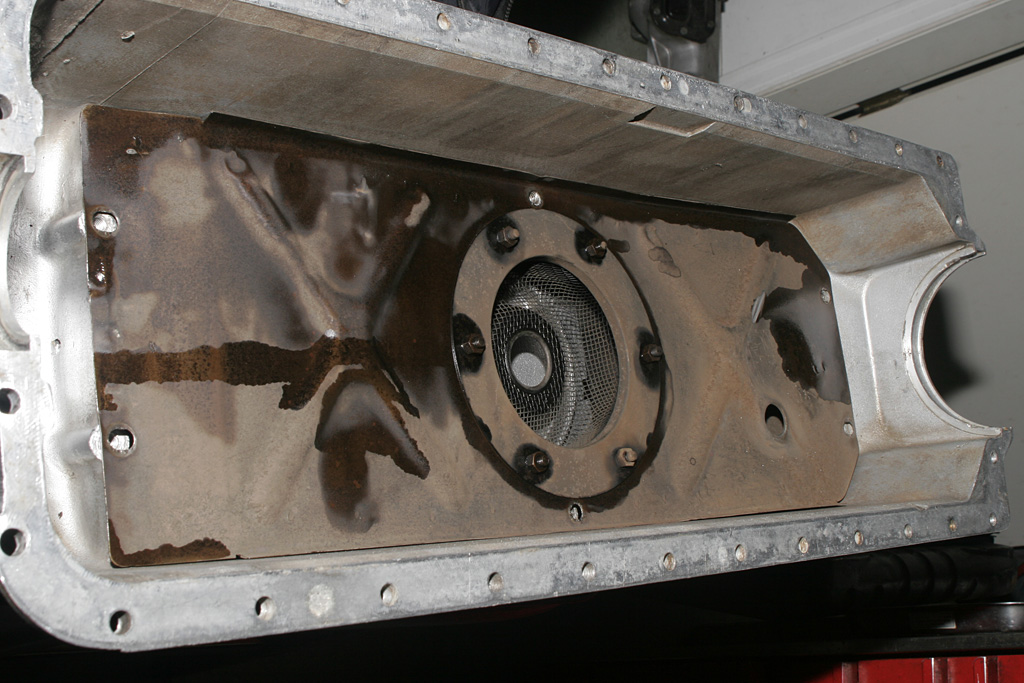 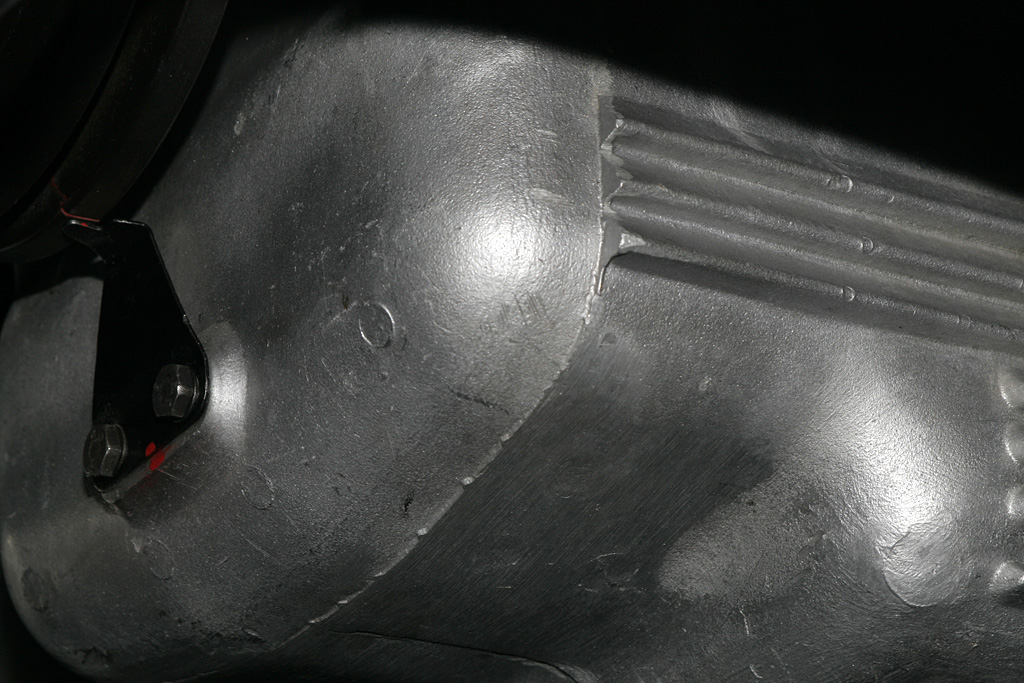 One of the most distinguishing features of the Jaguar XK engine is it’s DOHC camshafts which allows for an optimal combustion chamber shape and better flow from the intake to the exhaust. The first step was to get the cylinder head off which corrodes slightly where the aluminum head meets the cast iron block which can be avoided with anticorrosion in fresh antifreeze. After a good clean, work on the valves, seats and stems is critical for the rebuilt. In our case both valve surfaces had to be reground to ensure an optimal seal in the chamber, but the stems were great which is a good sign that the engine has never overheated. 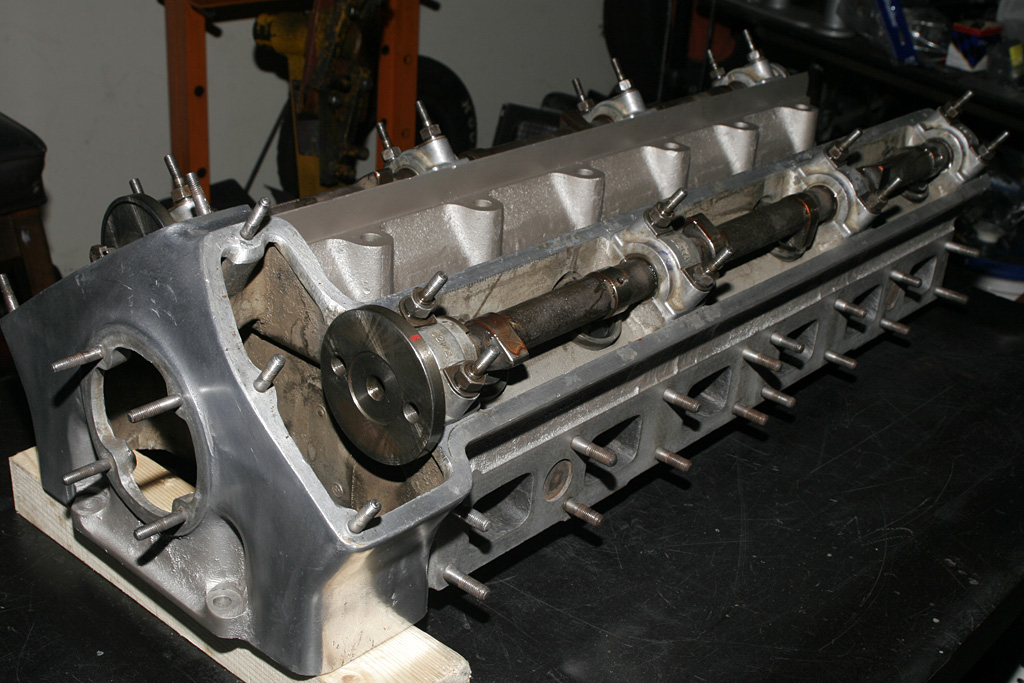 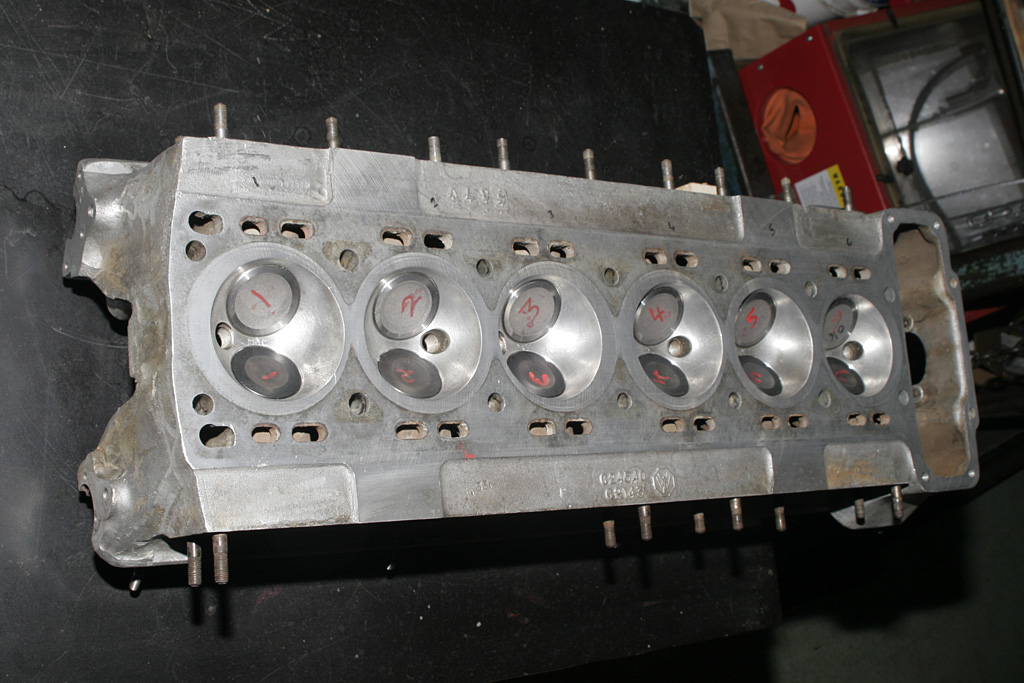 The valve seats were ground with a special stone attached to a canted drill and the valves themselves were reground in the refacer machine. The clearances are set with shims on the top of the valve stem. 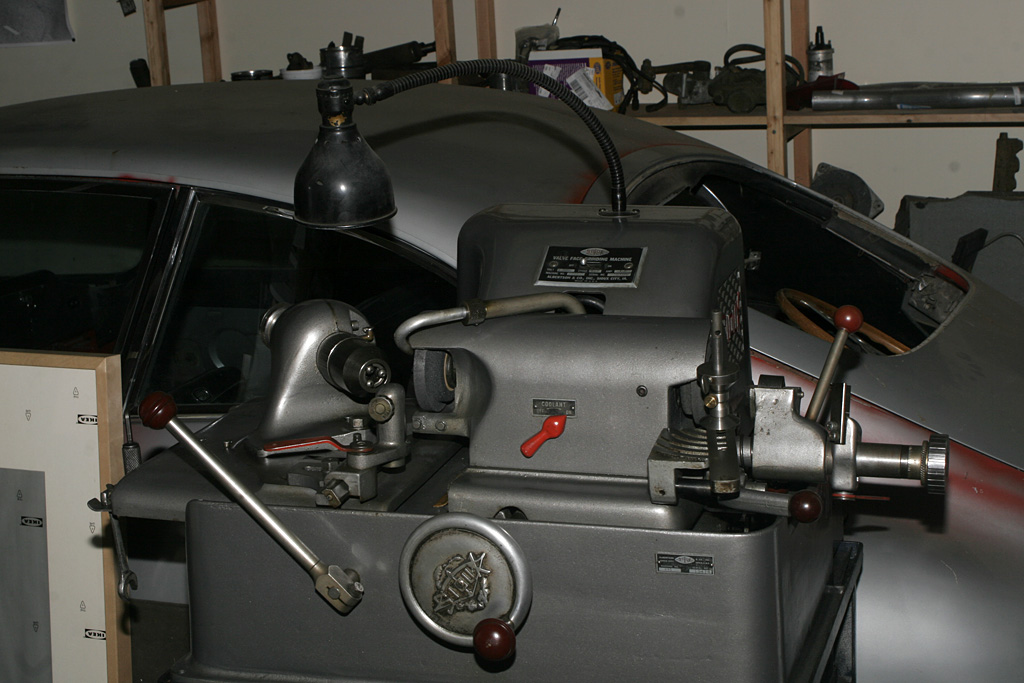 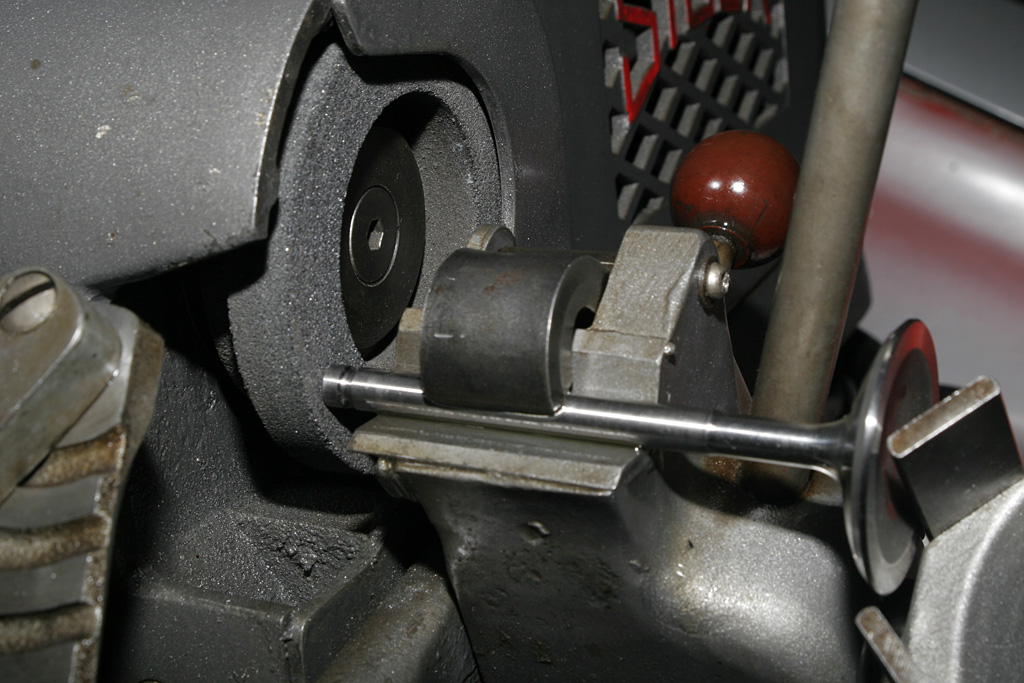 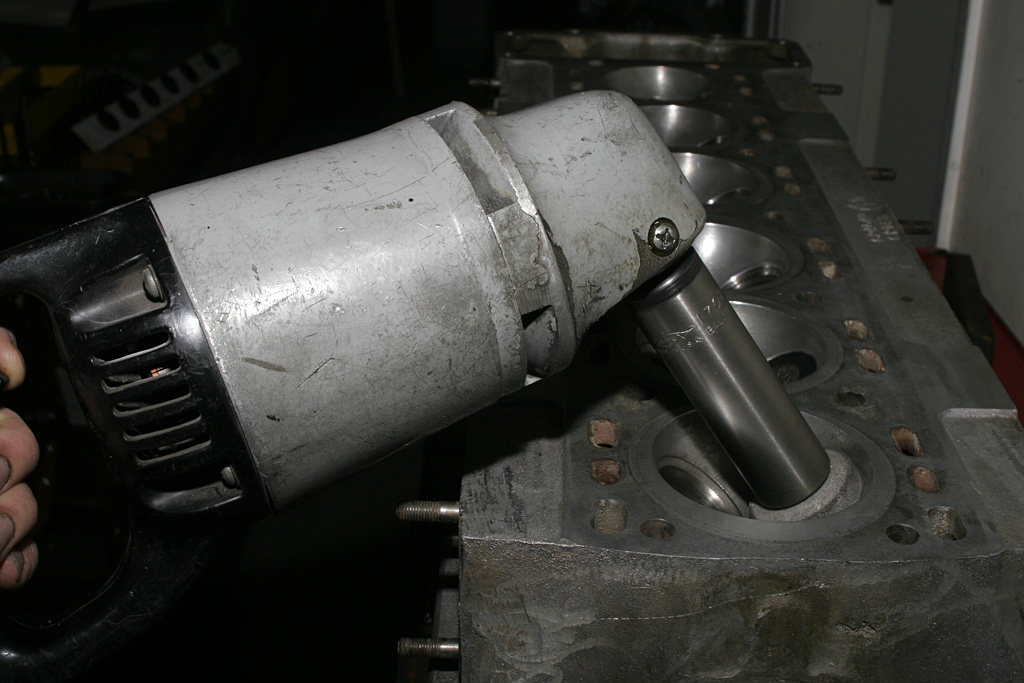 Made from aluminum, the cylinder head was fitt onto the cast-iron block while the block was already in the car. It weighed 60 lbs before the valvetrain was fitted so a hoist was necessary with the front hood tilted forward. Hylomar sealer was used to seal the gasket to the block and head and limit corrosion. 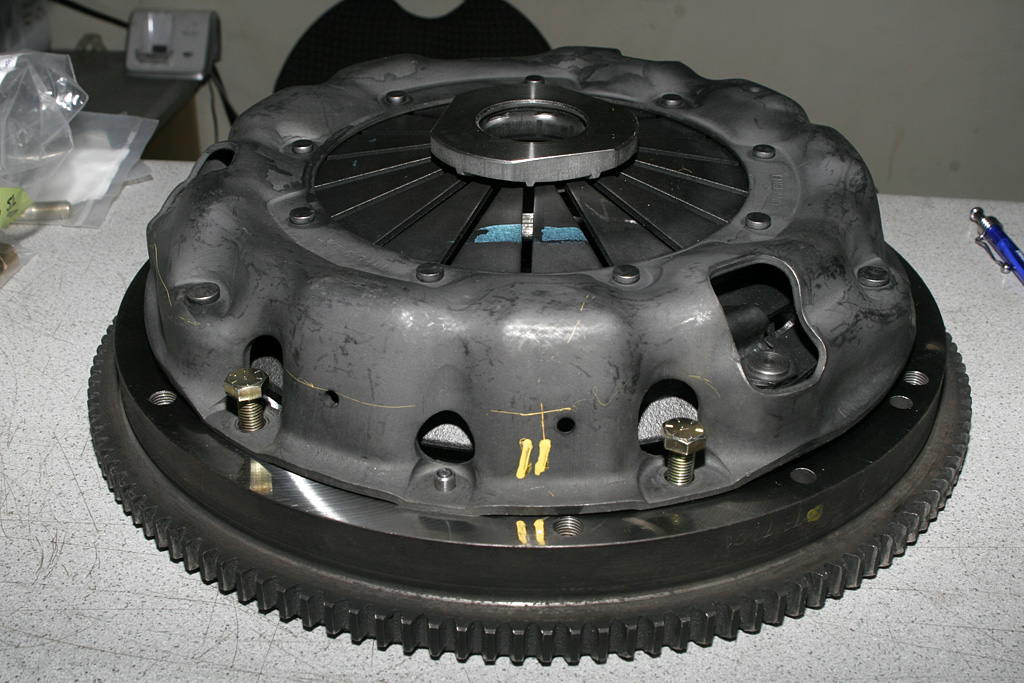 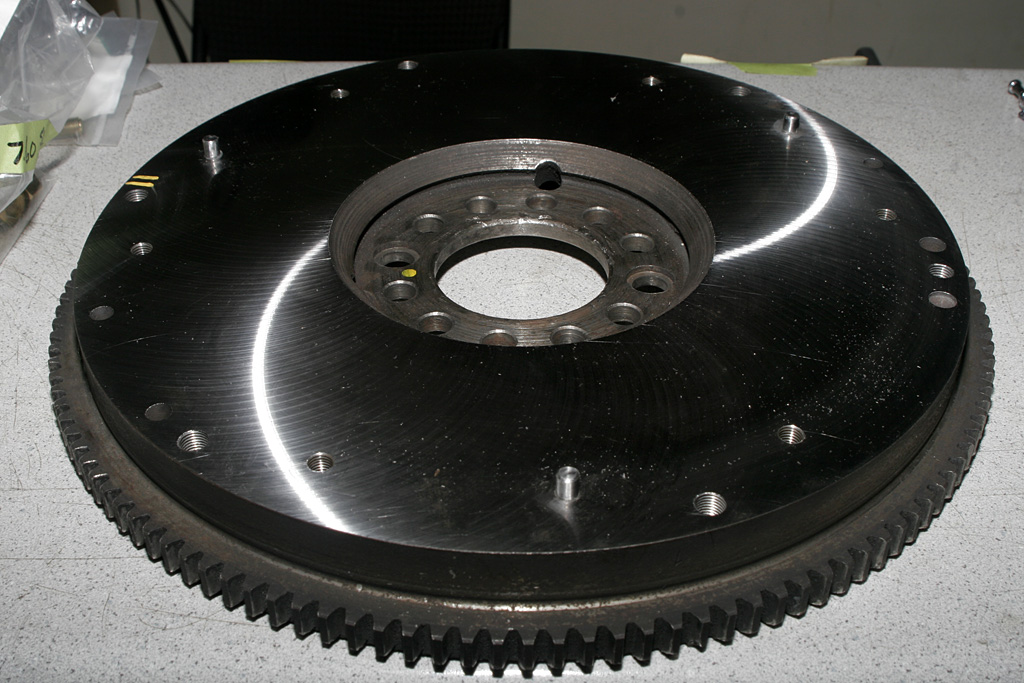 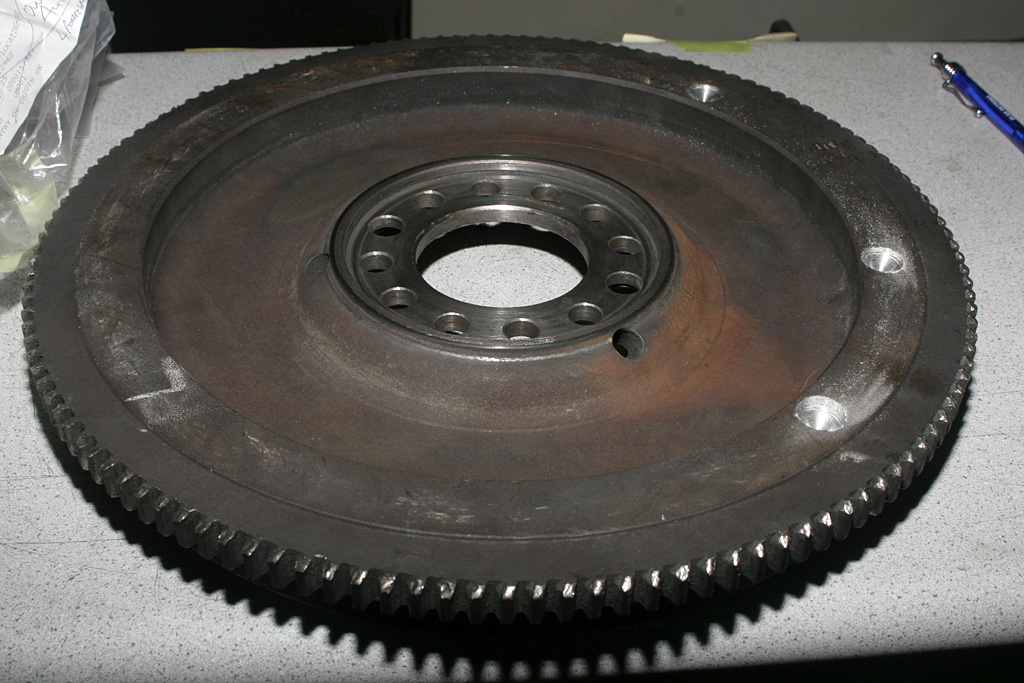 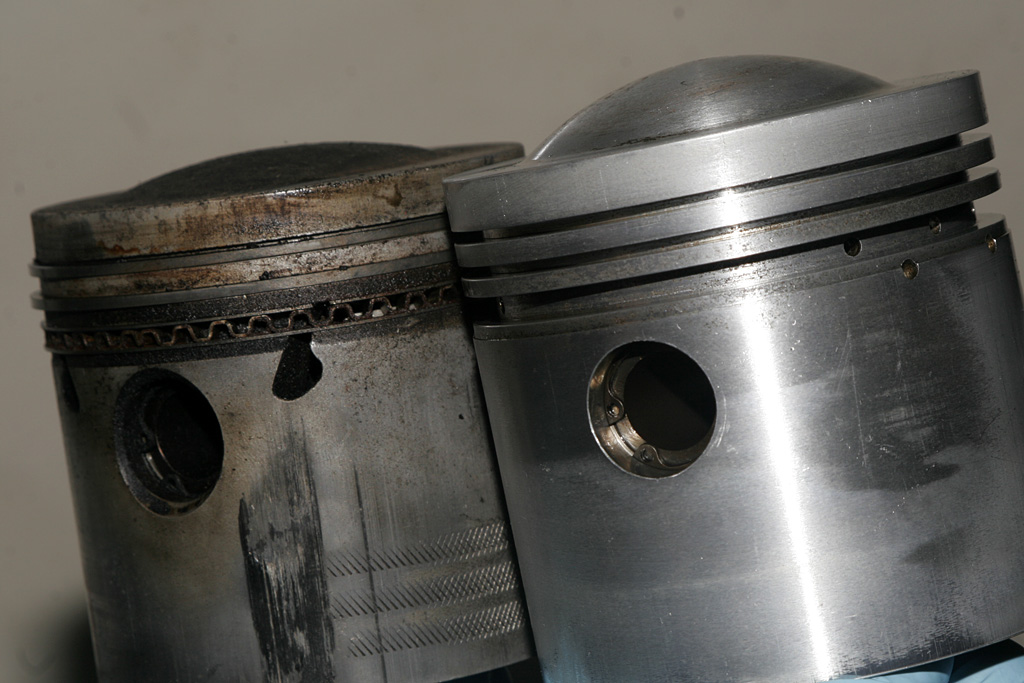 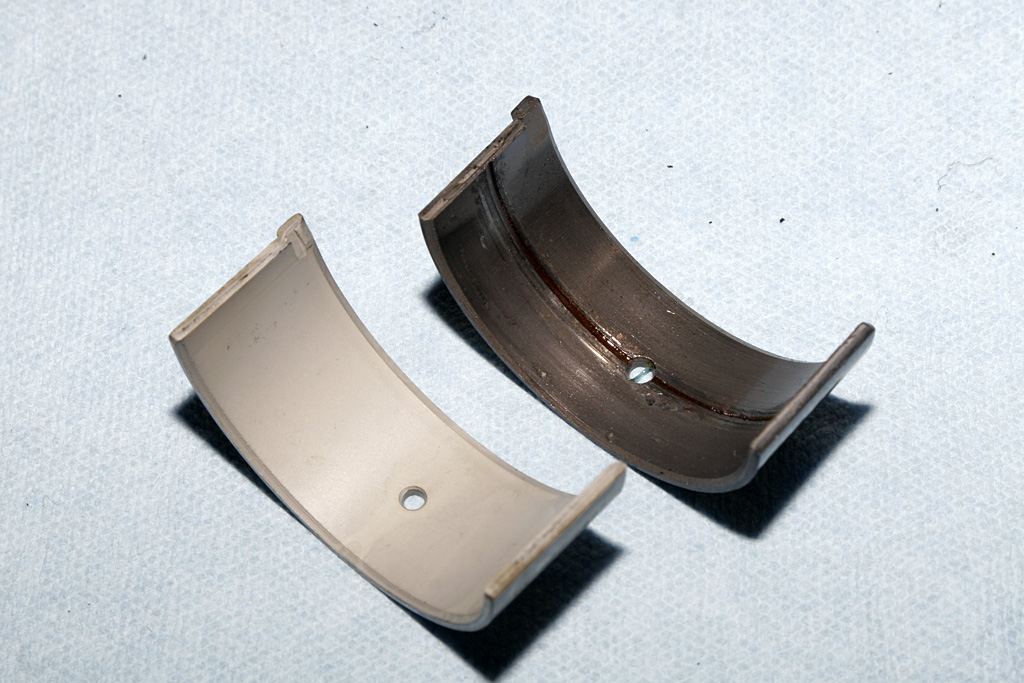 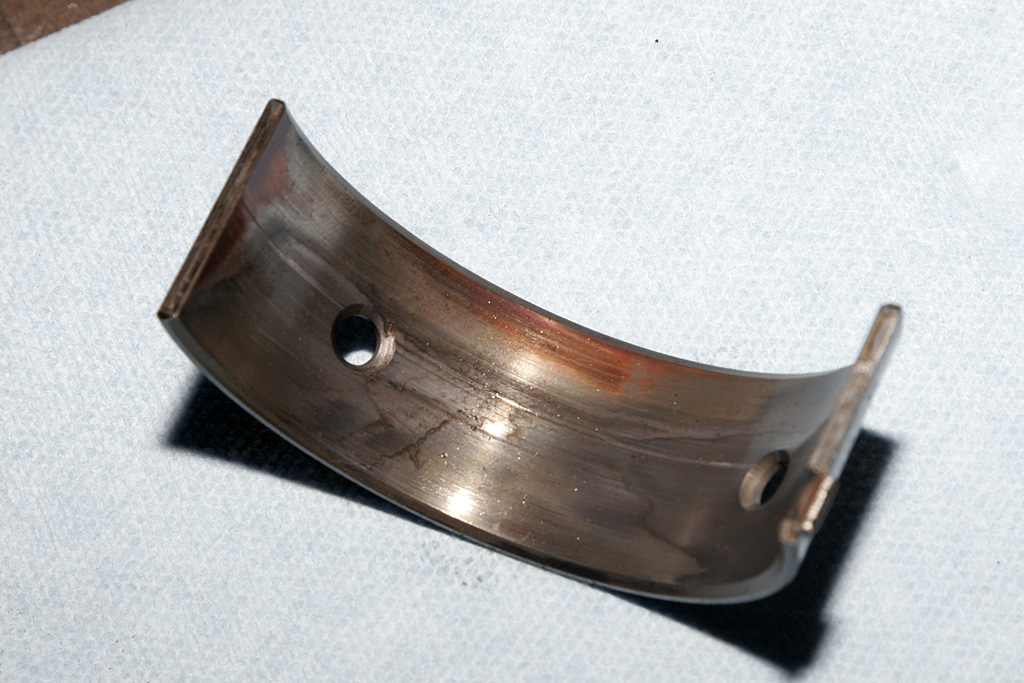 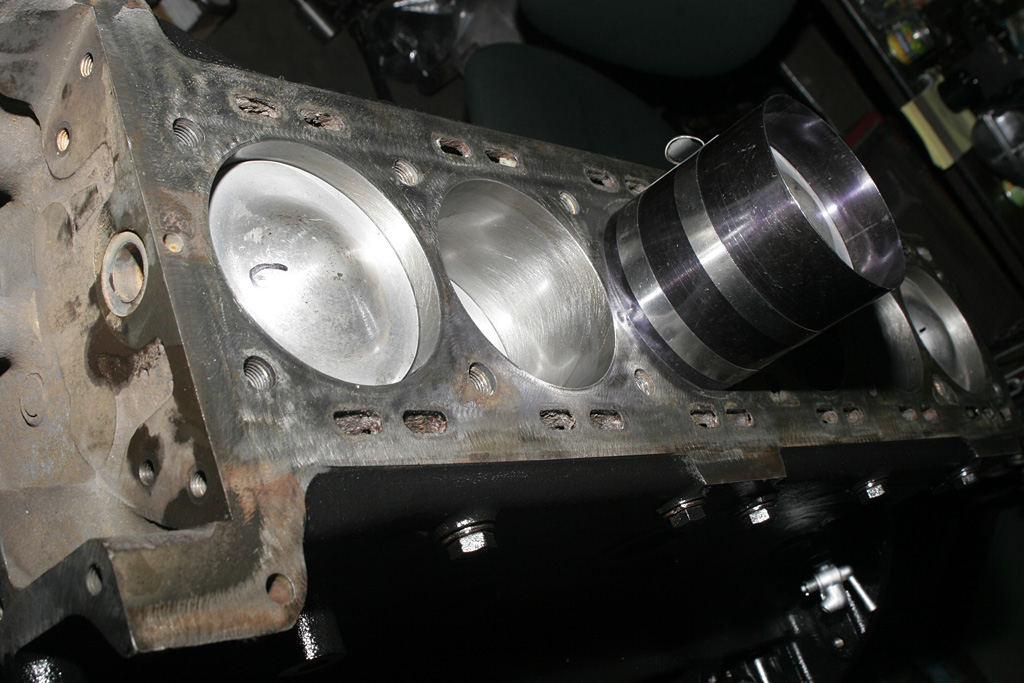