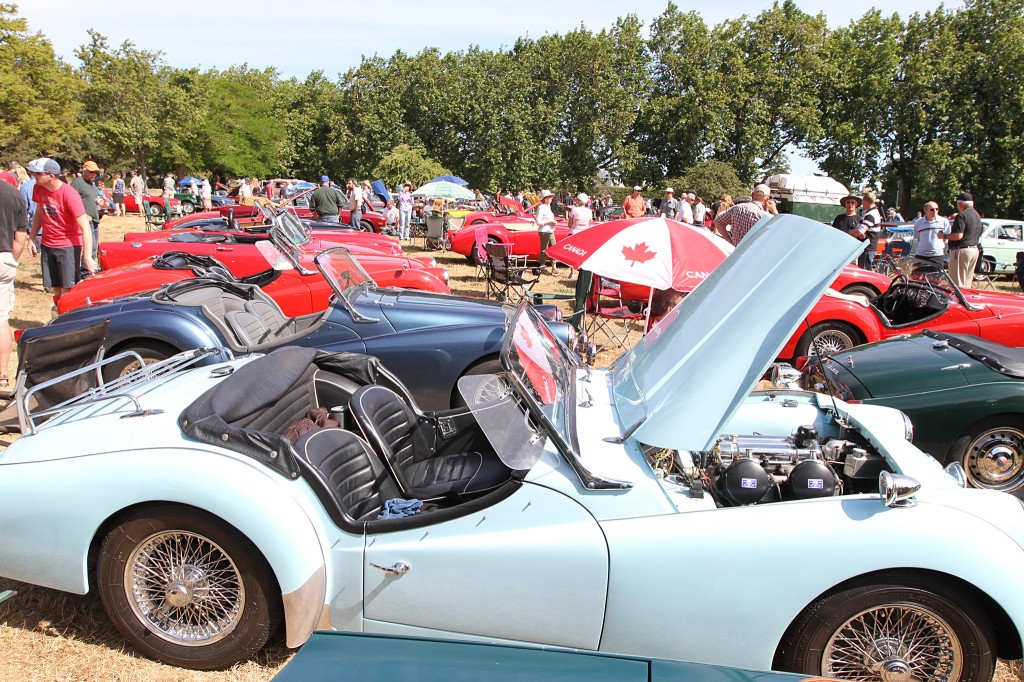 There was a special occasion to honor Bill Small and two of his three Triumph TR3s were on display. He was a regular around the shop and will be sorely missed.

Several great new cars were on display including Nick Stepushyn’s Princess 3-Litre Mark II, Dennis from Nanaimo drove down his 1962 E-Type which he has owned for 40 years. Jason and Tina from Jetstream also brought out their 1959 Bugeye which we helped resurrect from deep Cowichan and this highly original car now has a new bright red interior.