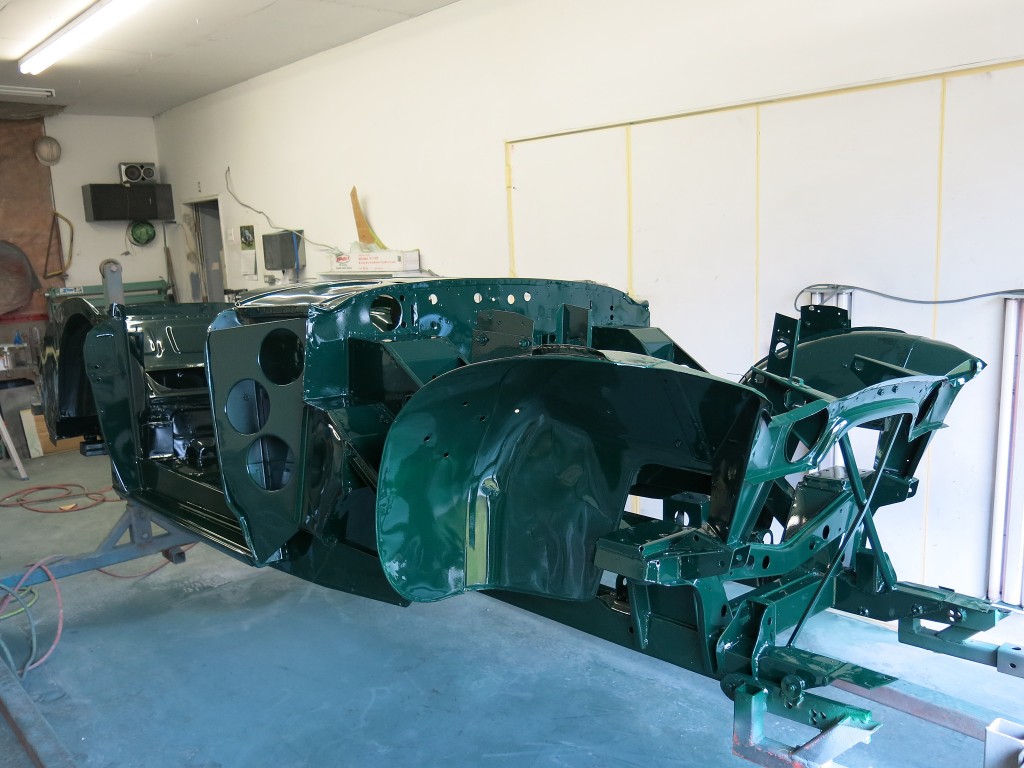 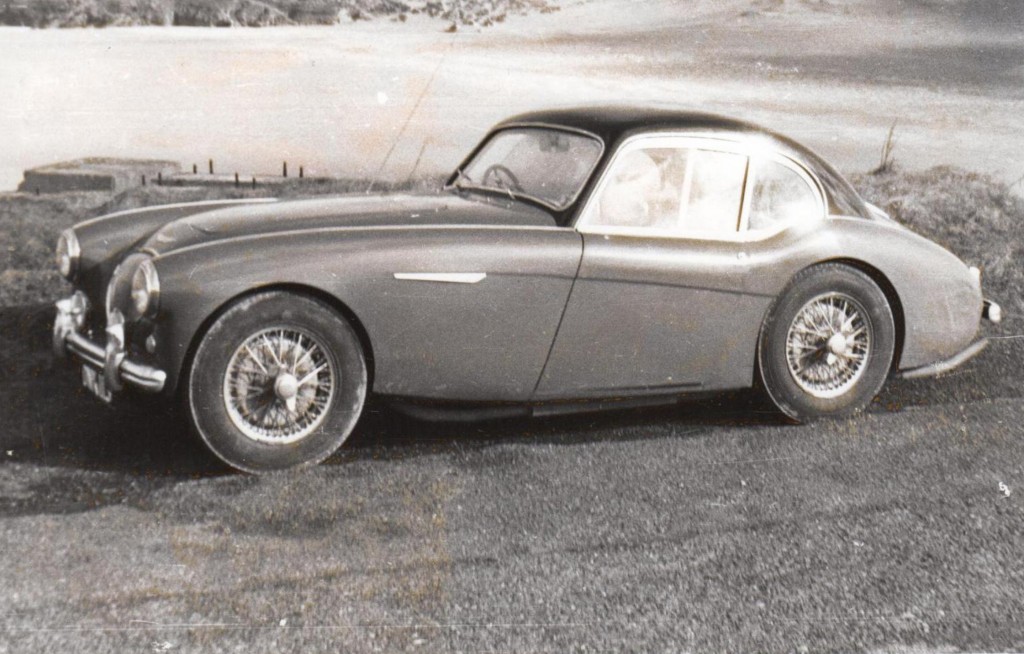 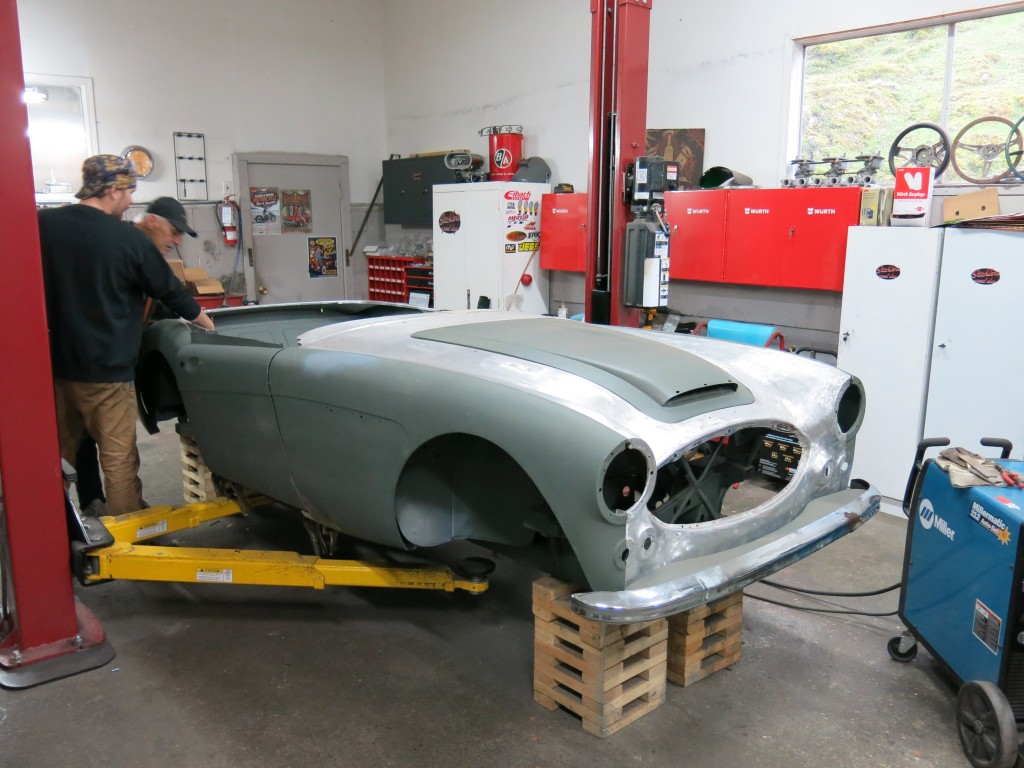 Once our BJ8 project was stripped bare and blasted, we then had a unique opportunity to address the weakness of the original design and deal with any present or future problems.

We trusted Steven Gicas to do the job. Trained by Roy Moore for Jetstream, he has put together several of the Hugh’s brothers Healeys and will be working on more Healeys in the future.

After cutting away the inner, intermediate and outer sills, we decided under Steven’s guidance to replace all 10 floor board pieces. These were simply tacked onto the chassis by the factory with little regard to corrosion protection between the floor and chassis. Steven applied weld-through primer the entire ‘sandwich’ surface which when combined with seam sealer should outlast the intended lifetime of the structure. This also refreshed the flanges that the inner sill attaches to.

We also spent considerable money to get the fenders, doors, sills, shut panels and hinge panels sufficiently lined up. Steven weighed down the chassis to mimic the 690 lb engine and transmission, but I would recommend leaving the engine in for this process otherwise.

This leaves the Healey ready for Trevor Black to do final bodywork and prepare it for one his superb topcoats. It will be going back to its original hue of dark Britsh Racing Green GN25.

BJ8 Restoration: Part 3. In the bare metal for a brief moment. 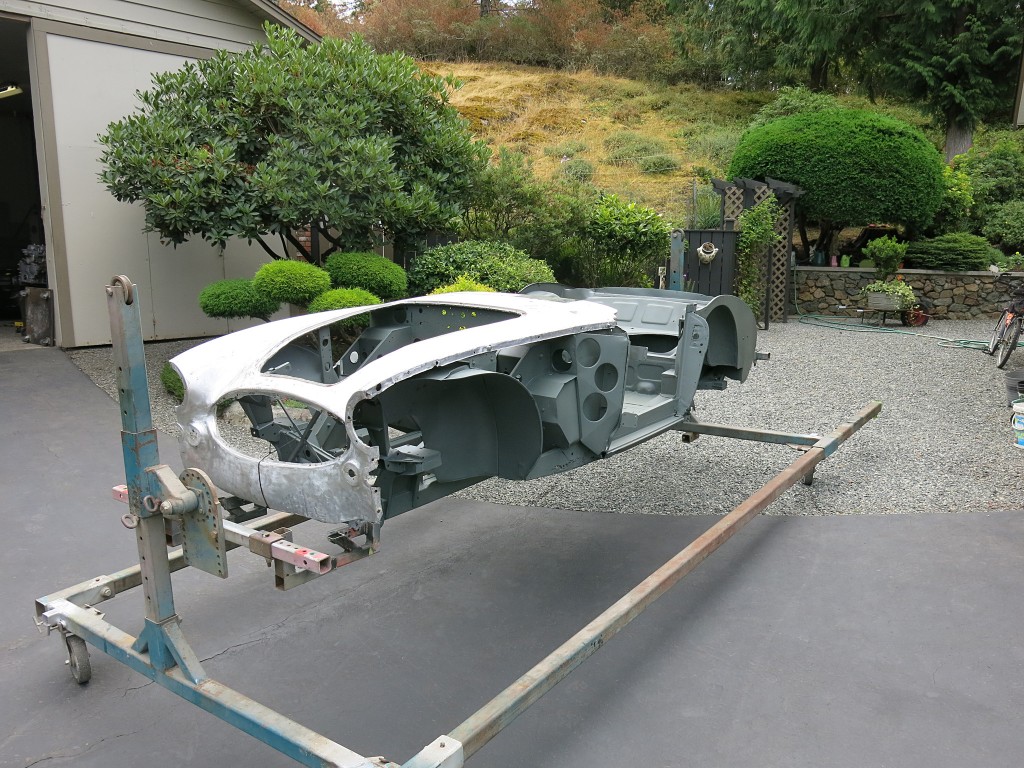 It took a considerable amount of effort and time to get our Austin Healey 3000 completely stripped, so we are taking every step to make this a thorough chassis restoration.

So, we loaded it up on a very impressive rotisserie and send it to Todd at Fox Kustoms for media blasting who did a stellar job which was aided by a balanced setup.

With bare metal on our hands time was of the essence, it had to get protected immediately which meant a marathon epoxy prime which took three hours of continuous spray. This is probably the most intense chassis to prime/paint of all the British cars.

Today, sitting in a dark green hue of Valspar 999DTM, the Healey was finally towed by Sean at Sharky’s off to Stickler’s Speed Shop where inner, intermediate and outer sills will be completely replaced as well as a plethora of other work. 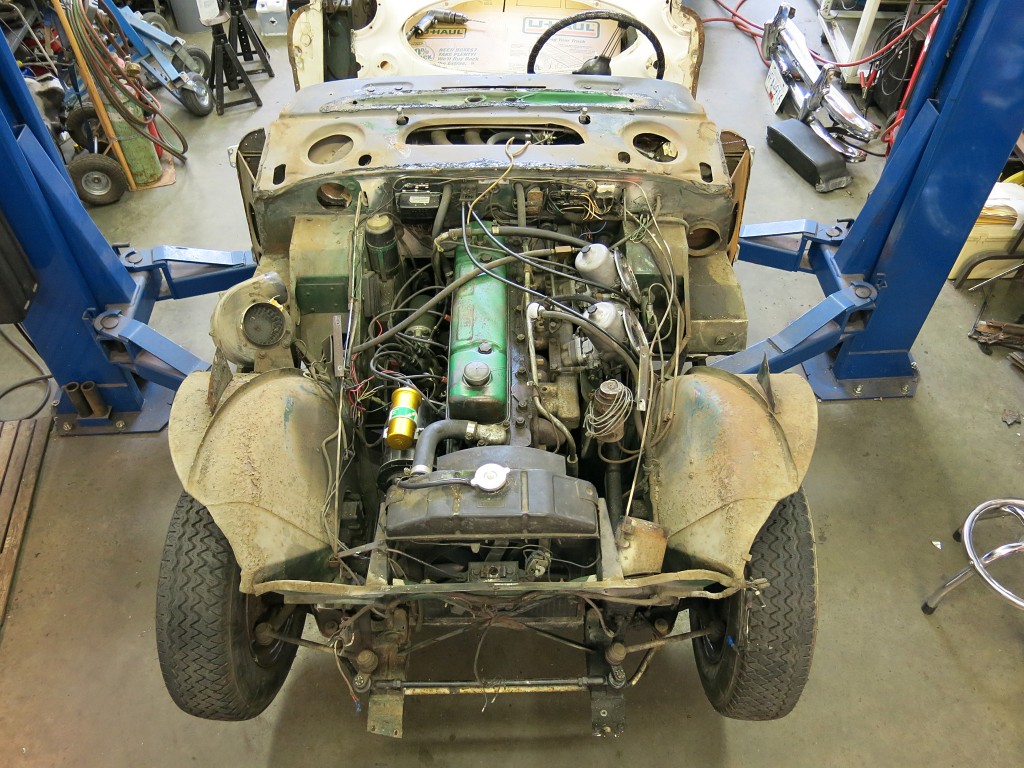 Following advice from Earl Kagna we started with the doors on our BJ8 restoration which led to the removal of the dash pad, front window and fenders.

This alone yielded numerous surprises including a sample of the original British Racing Green under the dash pad. Furthermore the car was very straight with all the inner fenders nicely intact.

Typical for this model, we were forced to immediately call Austin Healey AutoFarm Canada and order the inner, intermediate and outer sill pieces which will correct this car back to 100%.

With all the fenders off we carefully pried the center aluminum shroud off the car, eventually defeating the mastic plant resin to reveal the engine and chassis superstructure in one fell swoop.