Today we take a look at many of the great E-Types from Monterey. This year the record for a street 4.2 Roadster was broken twice at public auction and the secret weapon seems to be the factory-fitted hardtop on a Series I Roadster. 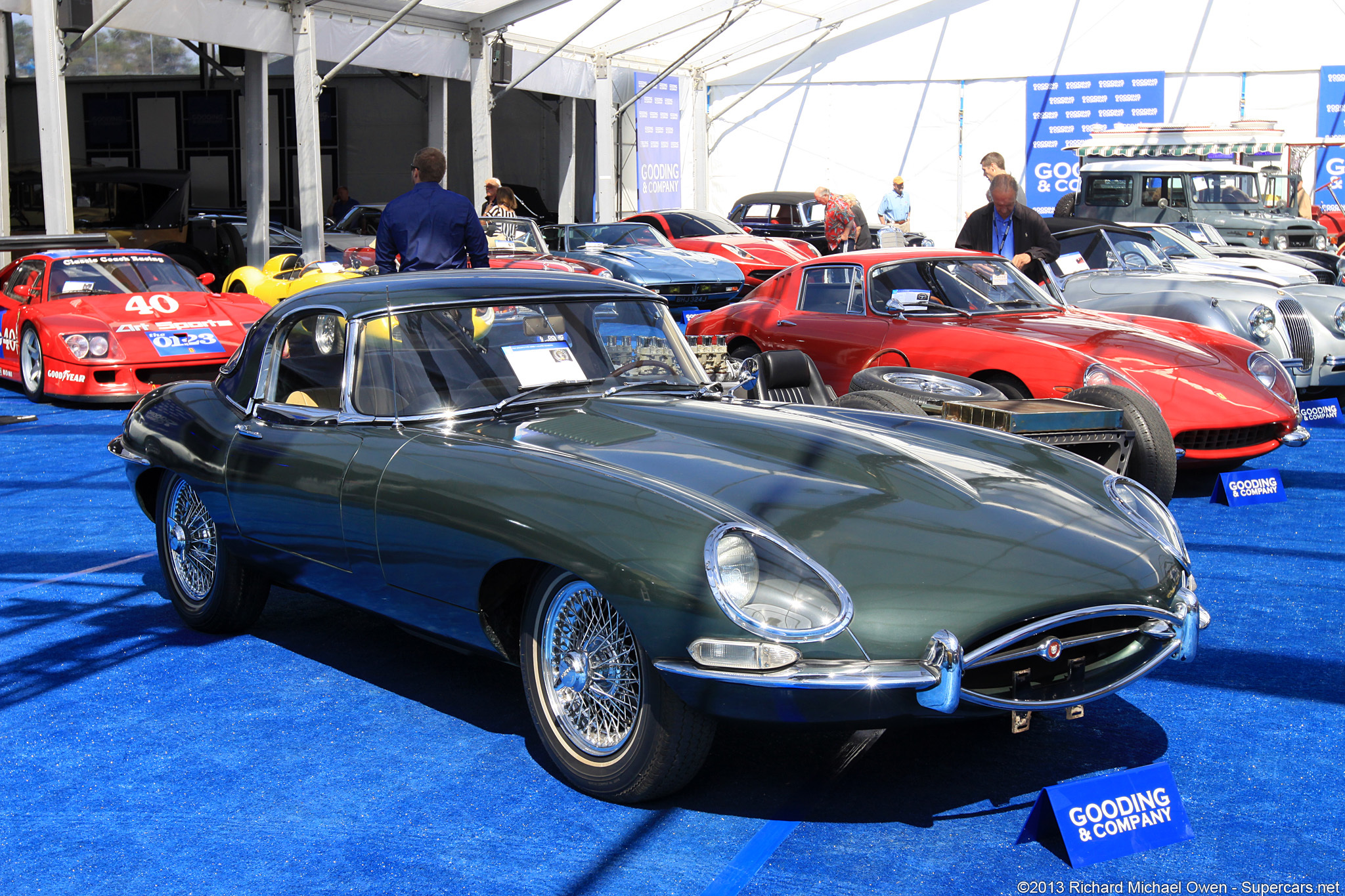 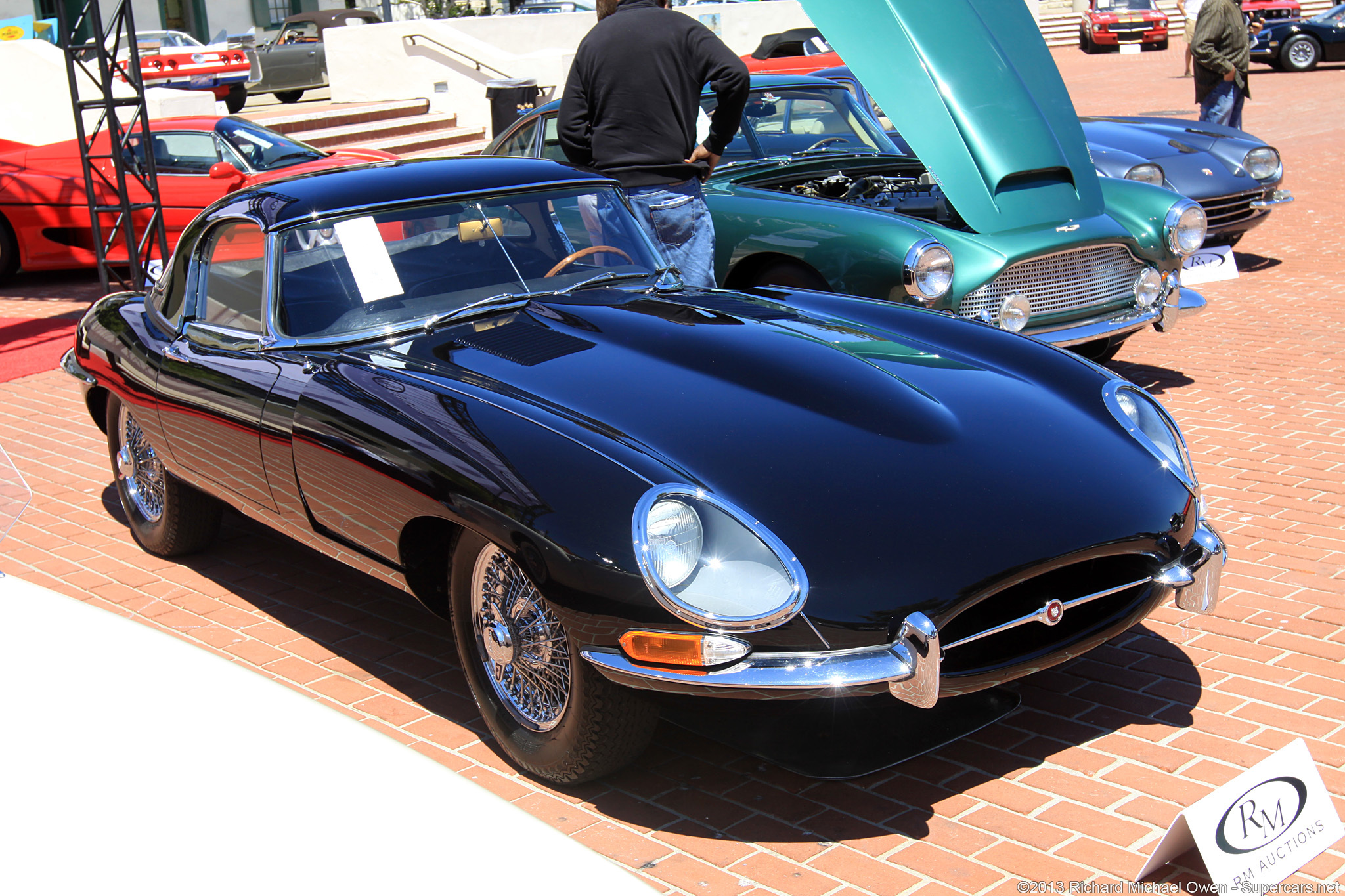 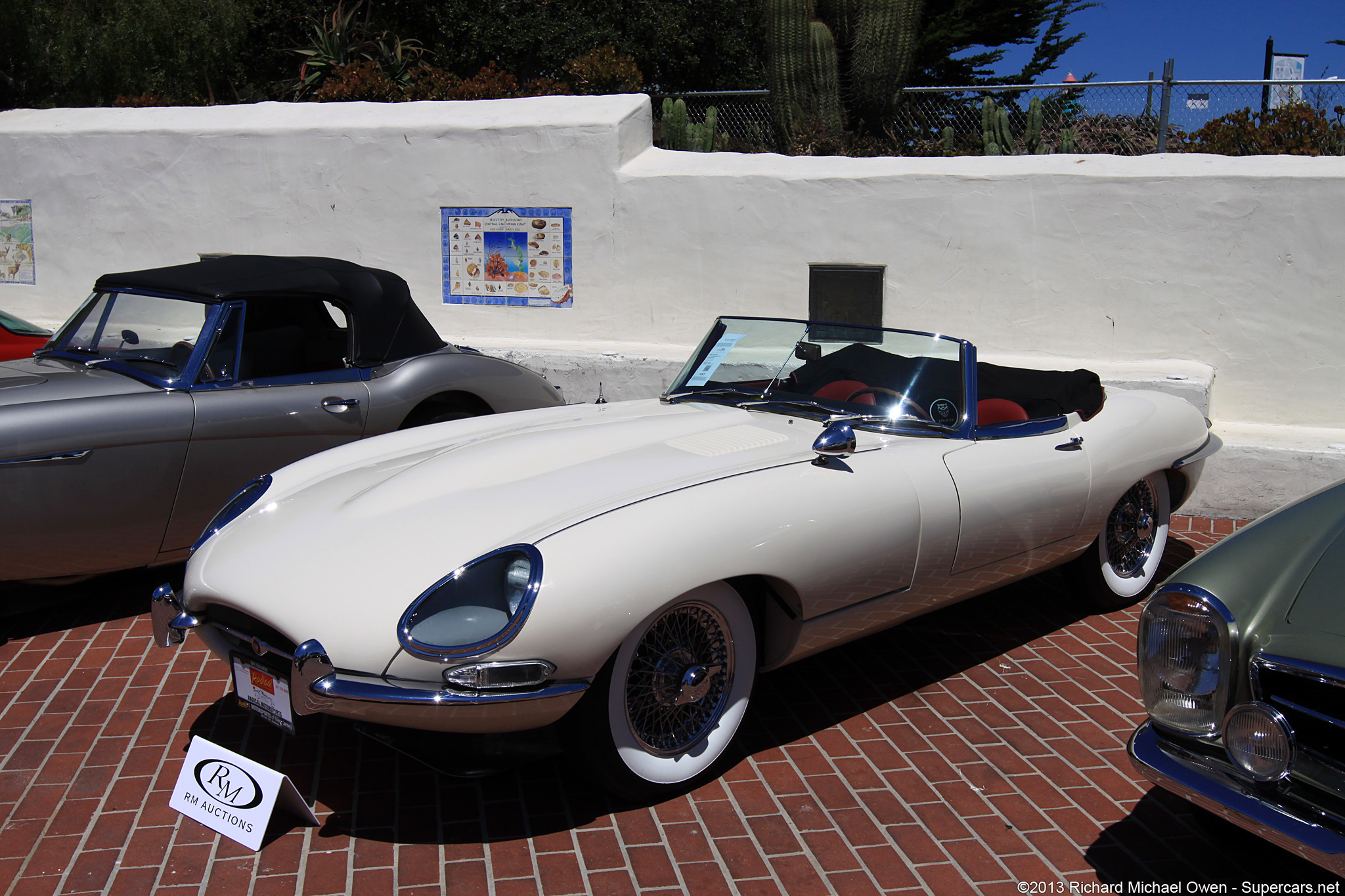 1963 Jaguar E-Type Series I 3.8 850476 – sold for $170,500 at RM Auctions. One of just 2,203 Roadsters produced for 1963. Former JCNA National three-time First Prize winner. Numbers-matching example. During 1963, Jaguar produced only 2,023 open two-seat roadsters, including this Old English White over red leather beauty. A canvas black top and black boot with red piping complete the handsome ensemble. While having been acquired over 10 years ago by its current owner, it has recently been looked over mechanically, with a thorough rejuvenation of its brakes, carburetors, wheel cylinders, gas tank, and other mechanicals performed by Radical Motorsports, of Ramsey, New Jersey. According to the consigner, the no-expense-spared rotisserie restoration was completed over 10 years ago, but it continues to appear fresh, as if it was more recently completed. He adds that the interior appears as brand new, and the chrome and trim remain in excellent condition. 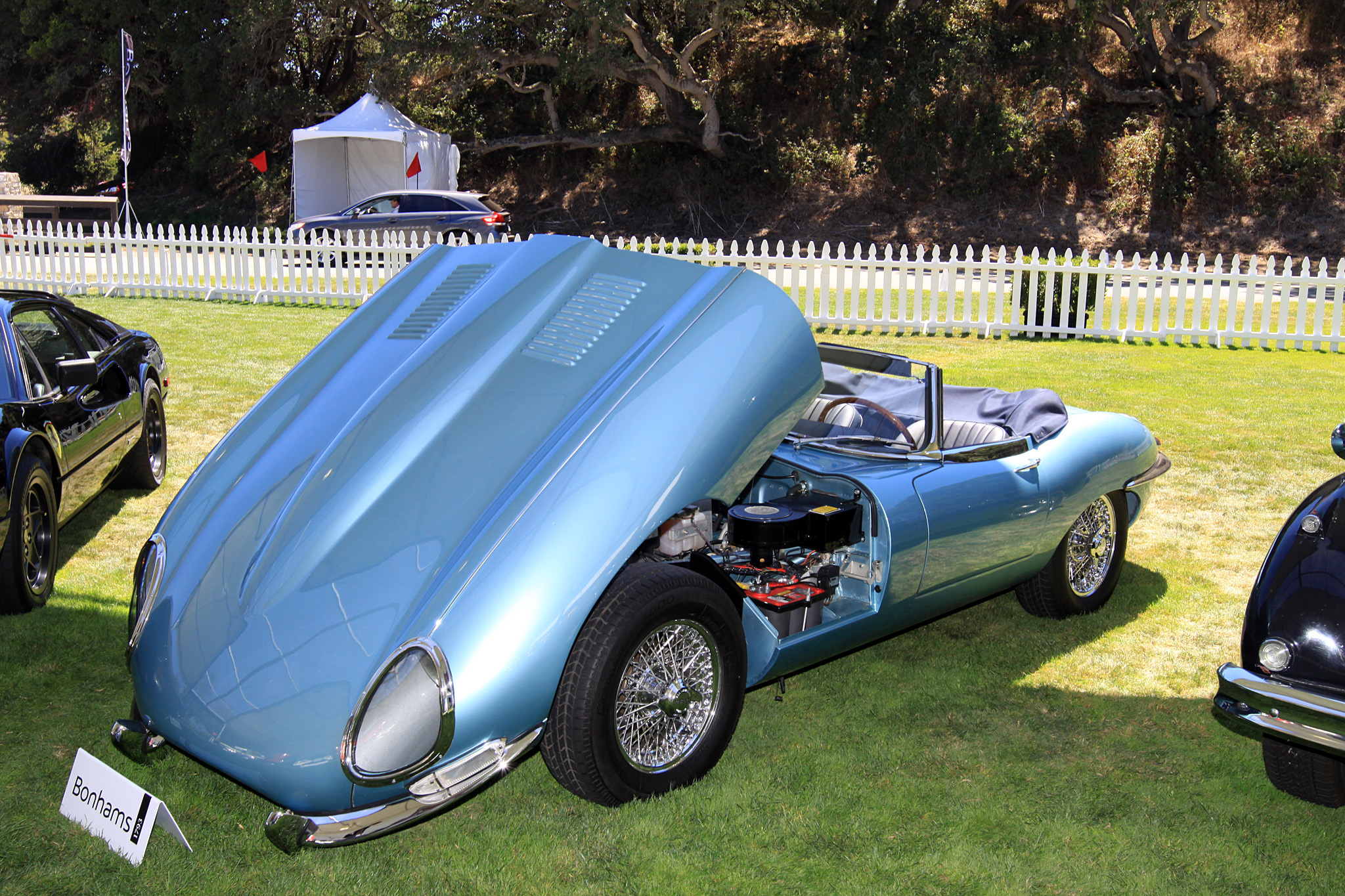 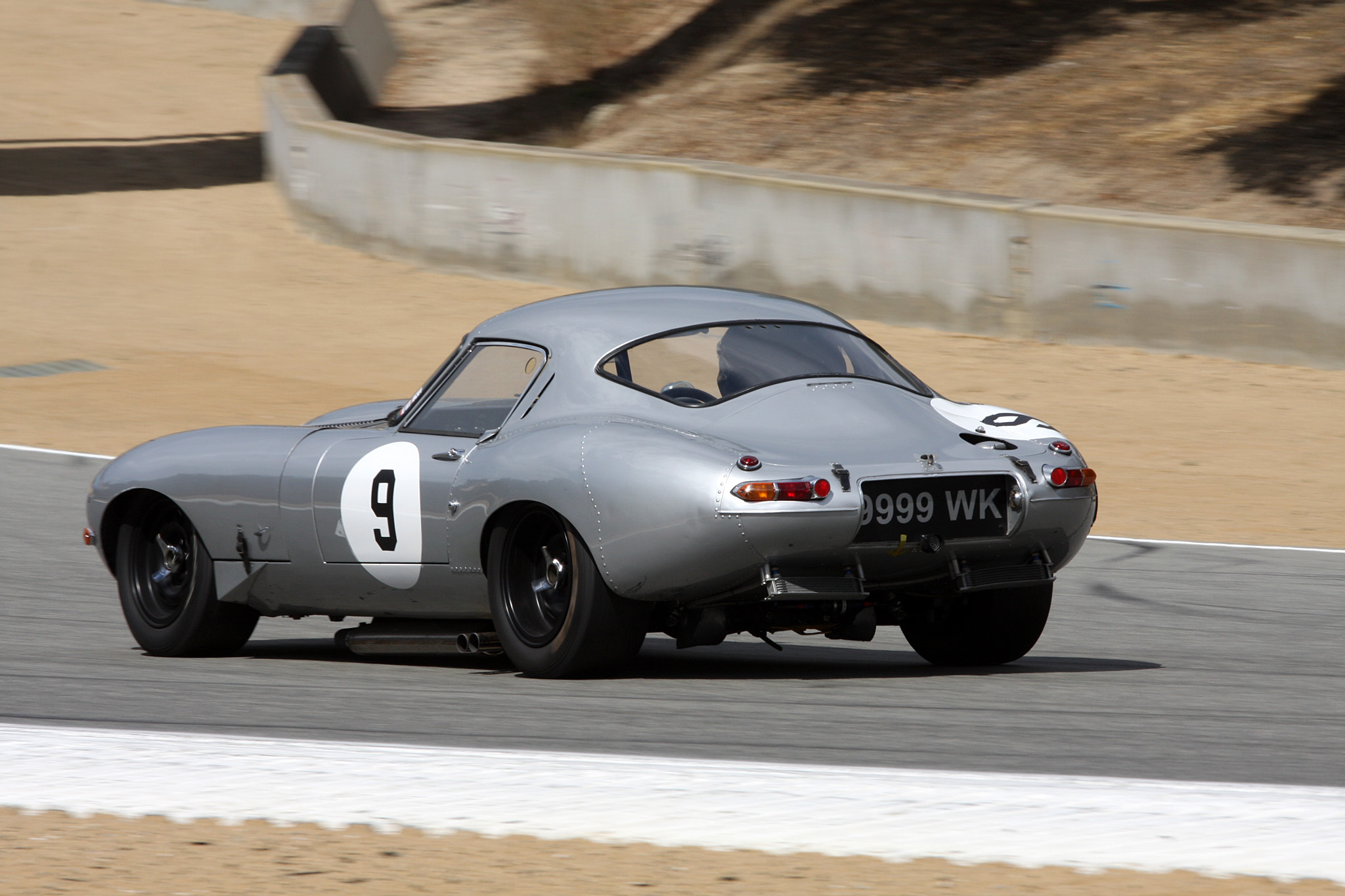 1963 Jaguar XKE Low Drag Coupe Conversion 880400 raced at the 2013 Rolex Monterey Motorsports Reunion in the Group 5A – 1963-1966 GT Cars over 2500cc against the Corvettes and Shelby Mustangs. This is an exacting conversion by RS Panels to convert this car into the famous Linder Nocker low-drag coupe configuration. 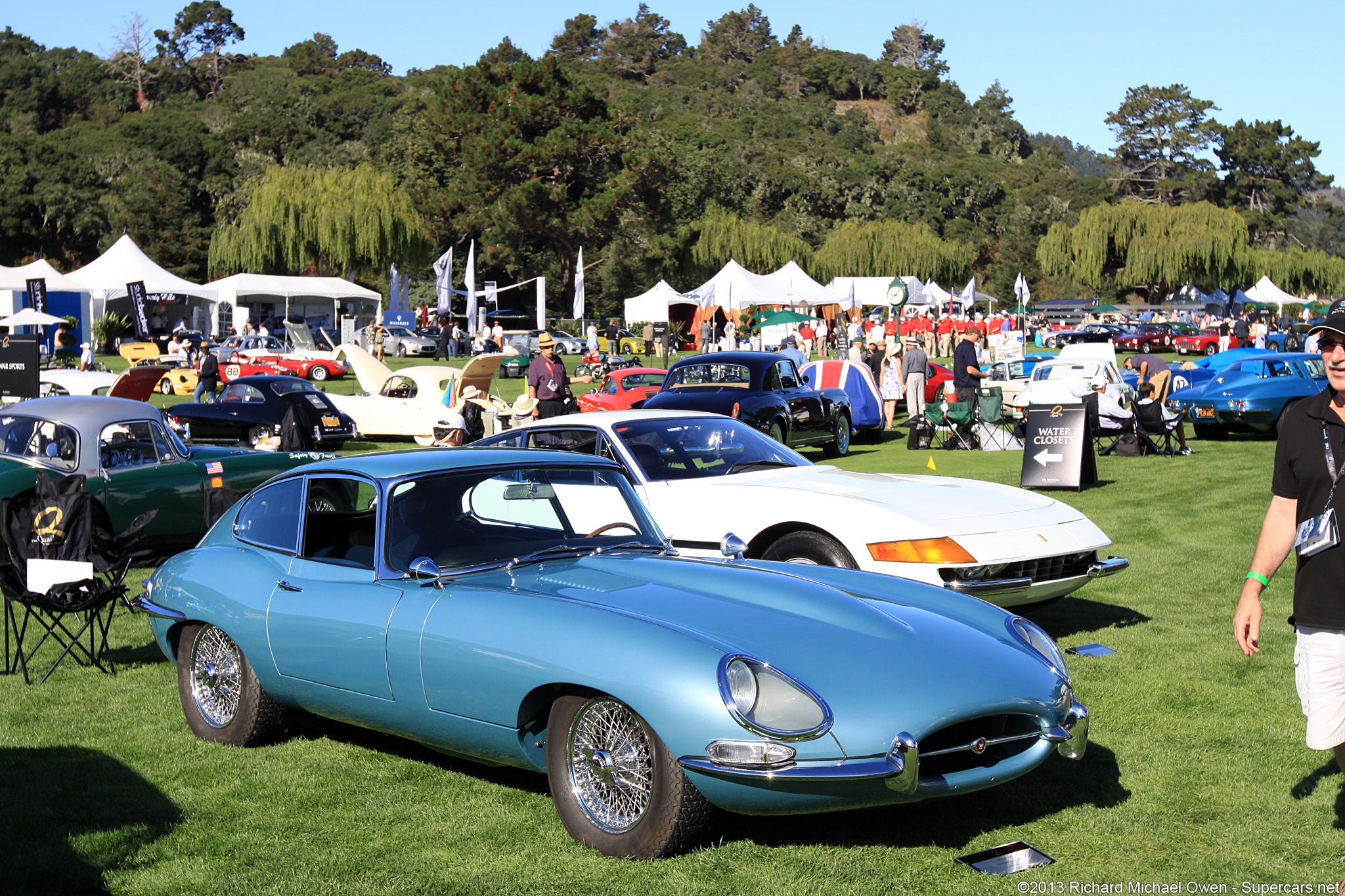 1964 Jaguar E-Type 3.8 Roadster at the 2013 The Quail, A Motorsports Gathering owned by Pamela & Patrick Simone, Recently restored by Ray Nierlich. 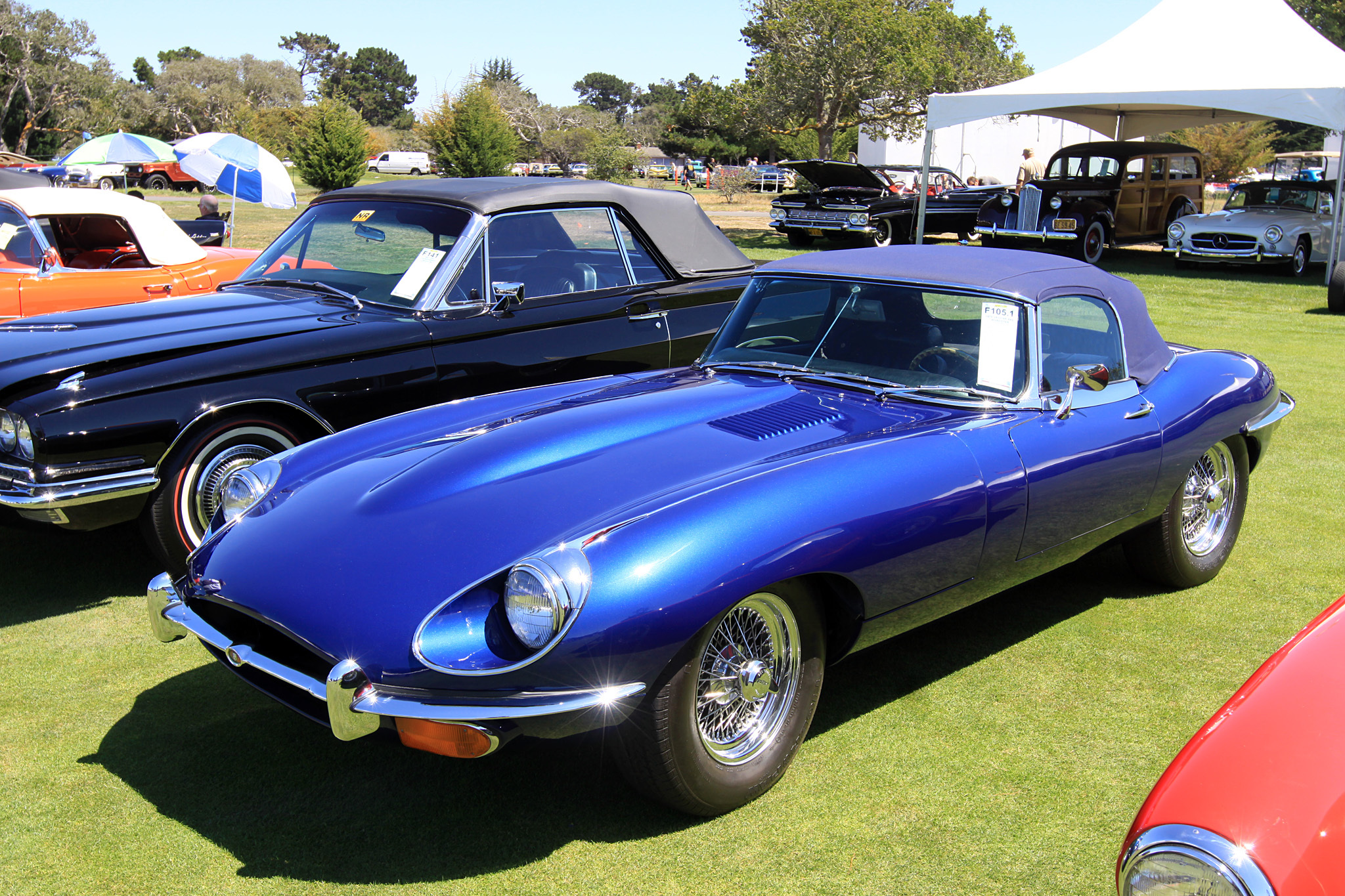 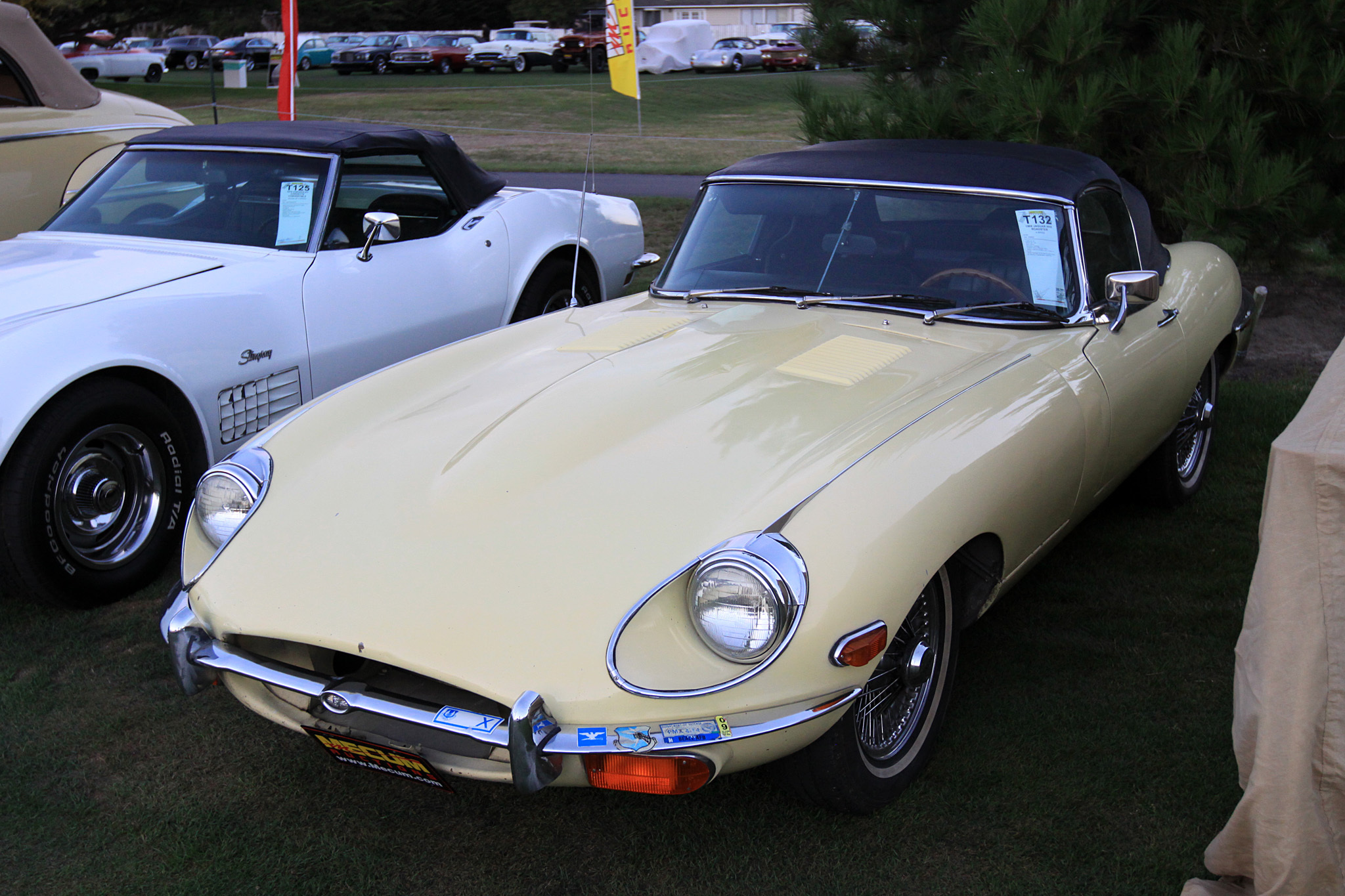